Wingfield makes improvements in your game measurable. The Wingfield Box tracks all playing activities, proving a huge amount of detailed data on every shot. Players and coaches can access their match data and video via the free Winfield app, all available in real-time on their smart phones.

The Wingfield Court is an affordable tracking solution for all clubs, performance academies as well as other tennis, sport and education operators including universities, schools, local authorities, community and park tennis venues and health and leisure facility operators. The compact system has been carefully designed to fit seamlessly on any tennis court in the world both indoors and outdoors. It only consists of the Wingfield Box and an added IP camera. The Wingfield Box, which tracks all activities on the court acts as a ‘smart net post’ and replaces one of the old ones on court.

With currently over 100 court installations in Germany, Wingfield has recently installed units at former Wimbledon champion Boris Becker’s new International Boris Becker Tennis Academy and many other tennis clubs, performance academies, hotel operators and even a leading global racquet and apparel brand who use Wingfield’s data to test and demo their new customer product lines. Some high-profile coaches are using Wingfield as well to utilise the power of video and smart-data together. One such coach is former German professional ATP player who reached a career high world ranking of 26 is Marc-Kevin Goellner.

“Wingfield is like a second pair of eyes. On the court I can focus on what really matters.”

For the first time, Wingfield makes it easier for coaches to identify player’s strengths and weaknesses, set individual goals and track them interactively. Both training and match statistics make progress measurable enabling players to develop, learn and improve their game through their own personal performance data collected on court.

Piloted in Wimbledon in 2019 Wingfield was developed by four tennis entrepreneurs, including Maik Burlage
and Jaan Brunken, both former ATP Tour professionals who quickly realised after retiring that there was no opportunity at club level for amateur players and coaches to receive digital match and playing analysis and data to assist
performance.

There was a huge demand at club level for the same type of match data that global technology platforms like: Hawkeye, IBM and SAP provided for the fulltime ATP and WTA Tour players. Back in 2019 Wingfield was successfully piloted on the grass-courts of the All England Club at Wimbledon, during their Road to Wimbledon junior tennis initiative. As Maik Burlage, CEO and Co-Founder of Wingfield Court says: This is very exciting time for Wingfield to be launching our smart tennis court technology this year into the UK tennis market. It was amazing privilege to be able to pilot our Wingfield Court at the AELTC at Wimbledon. We had an amazing response from players, coaches and parents using the system at the ’Road to Wimbledon’ junior tennis tournament. Wingfield equipped four of the grass-courts and tracked over 50 junior matches, engaged with over 200 parents, inspired over 100 junior players and empowered over 60 coaches. The week confirmed the enormous added value that our technology can bring to any tournament.

How To Organise Sports Events In The New Normal

Are wooden rackets making a comeback? 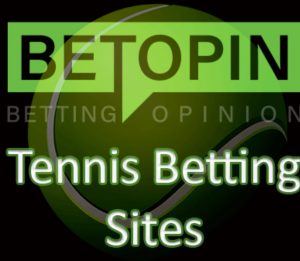