Any sports bettor who punts based on a betting system can never undermine the importance of statistics in his/her day-to-day business. Statistics play a very big role in tennis betting too.

While in football, betting systems might factor in team statistics like wins, defeats, score lines, home and away results, total number of goals etc., in tennis betting, a lot can be made out from the past performance and characteristics of the tennis players. Although you can significantly improve your betting returns by using attractive online betting offers like Free Bet no deposit offers and others, you’d still need to take all such statistics into account, to improve your winning chances.

Let’s take you through some of the most important stats you must factor in while betting on tennis matches.

The frequency with which a tennis player hits an ace, compared to his/her competitor, can have a major impact on the concerned match’s outcome. In tennis, a player who serves well has a major edge over the other, as he/she would inevitably be able to hold more number of his/her serves. For instance, Roger Federer passed 10,000 aces in the Wimbledon, 2017 and thus arguably became the greatest server in the history of tennis.

Therefore, the frequency of aces becomes an important statistical parameter which suggests a tennis player’s dominance over his/her rival. 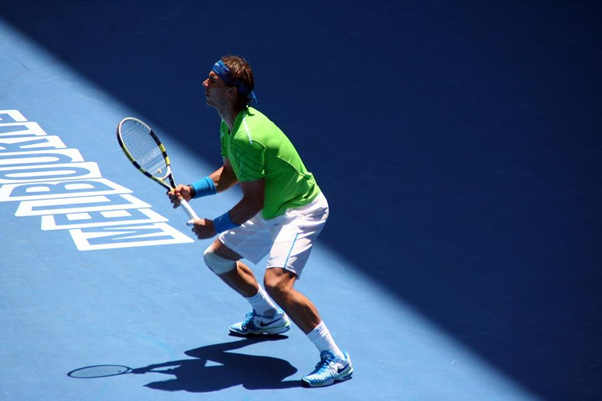 The frequency with which a tennis player breaks his/her opponent’s serve is the next most important statistical factor that must be kept in mind while betting on tennis matches. This statistical parameter is the exact opposite of the first one (frequency of aces), but can contribute significantly in better evaluation of the two competing players.

On the other hand, if a tennis player isn’t good with both the aces as well as break of serves, the odds would overwhelmingly swing in favour of his/her opponent, who’d be expected to not just win more number of points while serving, but would also be able to break more number of serves.

This is the third most important statistic that must be taken into account while evaluating two tennis players’ abilities before placing any bets. Roger Federer again fares very well in this department too!

It’s a common sight in tennis to see players mishit the balls, thus gifting easy points to their opponents. For instance, double faults, hitting the ball into the net or hitting the ball too hard. The more number of unforced errors that a tennis player makes, the easier it would be for his/her rival to outperform him/her on the court.

Other than these, you must also pay attention to a few secondary statistics such as the strength and speed of the players, approaches to the net, forehand and backhand winners etc.