Is Federer 2017 better than Federer of 2006?
Roger Federer is on a little bit of break. He will next take to the court at Roland Garros and will sit out the mostpart of the clay court season. Roger has dominated men’s tennis this year. He has displayed incredible form and at the grand old age of 35 is entitled to this break. In 2017 Federer has played four events and won the three of them. First up he enthralled all of us in Australia where he debuted his new cross court backhand which he pummelled Rafael Nadal to lift his 18th grand slam title. On the way to the final he beat Tomas Berydch, Stan Wawrinka and Kei NIshikori. Not bad for a guy who took 6 months out of the game.

After a blip in Dubai Federer won the Sunshine double in Indiana Wells and Miami. The first time he has done it in over ten years. Many are talking of a potential return to world number but more importantly for Federer he is in a position to win further grand slams. It is hard to fathom that Federer is peaking yet again in his career and Nadal, Djokovic and Murray are playing catch up.

In arguably his greatest season 2006, Federer accumulated a win loss record of 94-3. Wikipedia summarise it perfectly.

Roger Federer reached all four Grand Slam finals in 2006, winning three of them. His only Grand Slam loss came against Rafael Nadal in the French Open final in four sets, 6–1, 1–6, 4–6, 6–7(4). This was the first time they had met in a Major final. In the other three Grand Slams of 2006, Federer defeated Nadal in the final of the Wimbledon Championships, 6–0, 7–6(5), 6–7(2), 6–3. He defeated Marcos Baghdatis, 5–7, 7–5, 6–0, 6–2, at the Australian Open and Andy Roddick, 6–2, 4–6, 7–5, 6–1, at the US Open. In addition, Federer made it to six ATP Masters Series 1000 finals, winning four on hard surfaces and losing two on clay to Nadal. Also, Federer won one ATP 500 series event in Tokyo, three ATP 250 series events in Doha, Halle, and Basel, and captured the Year-End Championships for the third time in his career. In December 2011, Stephen Tignor, chief editorial writer for Tennis.com, ranked Federer’s 2006 season as the second greatest season of all-time during the open era; behind only Rod Laver‘s Calendar Grand Slam year of 1969

So it would be extremely unlikely that Federer will replicate his 2006 season again in 2017 especially given that he has already announced he is on a break. But is Federer really getting better with age? Surely our old friend time should not enable Federer to be better at 35 than he is at 24. There can be no doubt to observers that a Federer has a better backhand that he did in 2006. He has also developed an even better clutch serve courtesy of his time with Paul Annacone. Federer has realised that he cannot chase every ball like his colleagues Nadal and Djokovic so has had to adopt his style to become more efficient at winning points. Roger can frequently go through a service game in just over a minute. This has extended his career, made Federer re cover in a quicker timeframe nad allowed Roger to recover quicker. 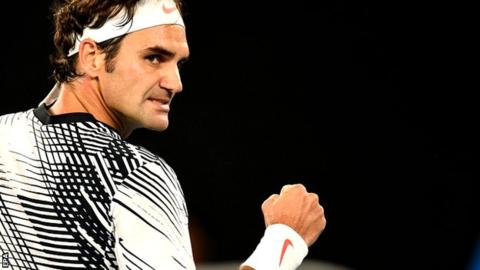 Federer 2017 certainly has more to his game than in 2006. The Sabr return, serve and volley and the cross court backhand inside the baseline are all notable improvements to Rigers game over the past decade. Can Roger really be thought as a better player? Undoubtedly. But by following the logic was 2006 season a weak era compared to now in 2017. There will always be allegations that Rogers grand slams were won in a weak era. Nadal, Murray and Djokovic will certainly go down as some of the greatest ever players to grace our courts but Agassi, Safin, Hewitt were multiple grand slam winners too. Courts have changed, balls and rackets and changed. Federer has changed too.

Can Roger really achieve more?
Federer has shown that his eighteenth grand slam title was no fluke and has backed up this result with his subsequent Masters 1000 titles. This year his schedule will be much talked about as he manages his aging body through the rigours of the tennis season. Wimbledon will be the ultimate goal but if Rogenever lifts another slam title he will still be happy with his career.