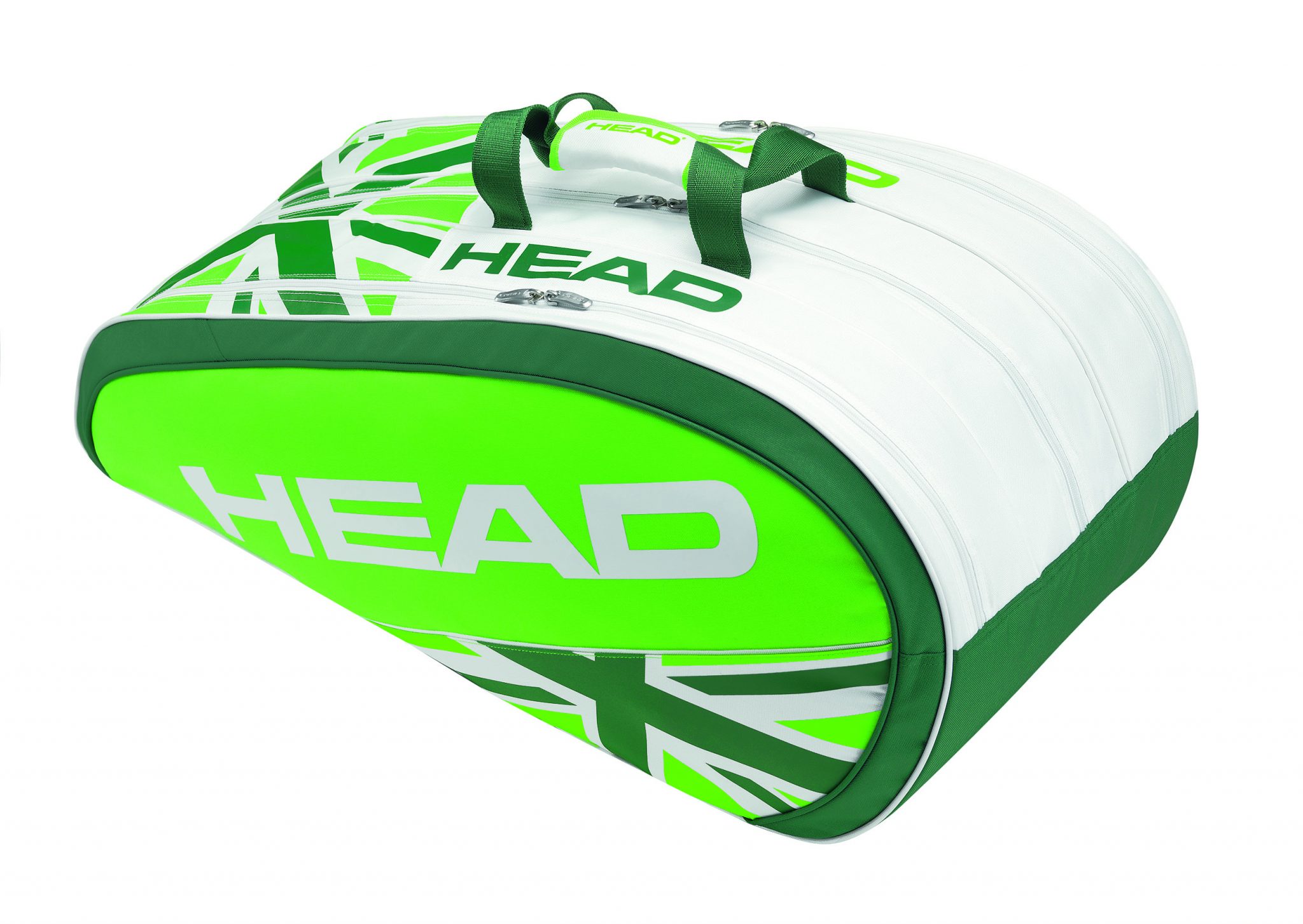 Reigning Wimbledon Champion Andy Murray will reveal his limited edition bag this week during another tournament he won last year, the Aegon Championships at London’s Queen’s Club. As tradition dictates, the Scot will then walk out onto Centre Court at the All England Lawn Tennis Club on the first day of The Championships armed with his HEAD YouTek™ Graphene Radical Pro racquet and limited edition bag.

The use of the colour green, inspired by the green grass courts of Wimbledon, complements the pure white design, which honours the famous tennis ground’s all-white tradition and sets the limited edition bag apart. The bag also features the Union Jack flag, symbolizing both the location of the tournament itself and celebrating Murray’s Wimbledon success in 2013.

Made from high-end PU leather and featuring an additional accessory bag on the outside, the new HEAD White Bag collection has an elegant and sportive look while fulfilling the functional demands of tennis players everywhere – professional or leisure.

The bags feature three main compartments on the inside for every player’s needs, one of which features climate control technology to protect the equipment against extreme temperatures. Additional smaller compartments allow easy access to accessories and an extra shoe compartment protects footwear.

The HEAD White Monstercombi’s pure white design will make its appearance at the side of the majority of HEAD’s players at Wimbledon including the world’s No. 2 Novak Djokovic and 2013 Davis Cup winner Tomas Berdych.

The new HEAD White Bag collection, available for a limited time only, is available in-store at selected retailers now.